10 South Jersey Musicians You Should Know About

Ever since streaming made it so easy to launch DIY musical careers, the spaces have been overwhelmingly crowded with aspiring artists of all abilities. Finding music can feel impossible these days since there’s literally millions of artists and bands on the internet. Live music taking a long time to return only makes matters worse. It can be difficult to sort out the keepers from the ones who should be looking for day jobs, so we’ve done the work for you. Each of these rising New Jersey artists are at different stages of their career, but all share one thing in common–they make quality music. Here’s the South Jersey musicians you should know about:

Well-known Camden rapper Mir Fontane has risen straight to the top of the New Jersey hip-hop scene over the course of the last few years. His extensive discography dates back to 2016 with six albums and over 25 singles, which all display consistent streaming numbers. His 2017 album “Camden” could be considered his best work with the songs “Down by the River” and “Frank Ocean”. Together, they’ve amassed over nine million streams. Mir Fontane made national headlines a few months ago when Cardi B released her chart-topping song, “Up” that has a hook sounding dangerously similar to Fontane’s song, “Stuck” that dropped in September. Fontane took to Twitter to call Cardi out, which led to a back and forth between the two. Because of the size of her audience, the exchange gave Fontane tremendous publicity leading to even more people noticing the potential plagiarism. After a successful run with multiple EPs and tours all over the U.S., the artist formerly known as Avery Mandeville has recently gone through a rebrand and now goes by Little Hag. According to her website, the singer out of Lincroft was “conceived in a New Jersey basement and born again during quarantine.” Just before the pandemic, the indie-pop singer put South Jersey musicians on the map when she signed with the Hoboken-based record label, Bar/None Records. Last year she put out her single, “Tetris,” which also appeared on her compilation album, “What Happened to Avery Jane?” primarily consisting of older Mandeville songs. Little Hag is set to drop a new album sometime this year.

In 2019,  Ant Saunders’ colorful upbeat pop song, “Yellow Hearts,” went viral and changed his life completely. The track rapidly gained popularity on TikTok which translated into hundreds of millions of streams. Saunders’ viral song helped distinguish him from the other successful South Jersey musicians out there. When the song blew up, he was just a freshman at Rowan University studying the music industry. He left school in an attempt to pursue a career as a pop singer. It wasn’t long until Saunders signed a deal with Arista Records, a subsidiary of Sony Music. His discogrography is unique since he only has 12 singles and no EPs or albums. Aside from his breakout song, Saunders still has very strong streaming numbers. With a strong social media presence, along with music that blends smooth R&B with bedroom pop, Ant Saunders is on the verge of becoming a national superstar. Photo by No Aloha Studio

The thriving Asbury Park music scene is home to so many gifted musicians, but one that stands out from the rest is Pamela Flores. In addition to being a talented singer-songwriter with a tremendous vocal range, Flores is also an outspoken activist for many social issues. She uses her Instagram account to document her adventurous lifestyle and of course, her successful music career. In 2019, she released a blues-inspired single titled, “Grace,” along with a well-edited trippy music video. Pamela Flores also has a five-track EP on streaming services. She expects to release two singles with music videos by the end of the summer.

Jerome “Franky Hill” Carmichael is a South Jersey rapper out of Pennsauken who is a true old-fashioned lyricist. Unlike so much of the rap that clutters the platforms today, Franky Hill is passionate about writing genuinely meaningful music. With a dark past filled with tragedy and addiction, Hill has used music as a form of emotional expression. He’s very proud of his journey and his powerful discography is undoubtedly a reflection of that. His 2019 album titled “User” is a sentimental record about his past struggles and how honesty, recovery and music have turned his life around. With influence from Jay-Z, Lauryn Hill and J. Cole, Franky Hill does his part to keep New Jersey hip-hop pure. 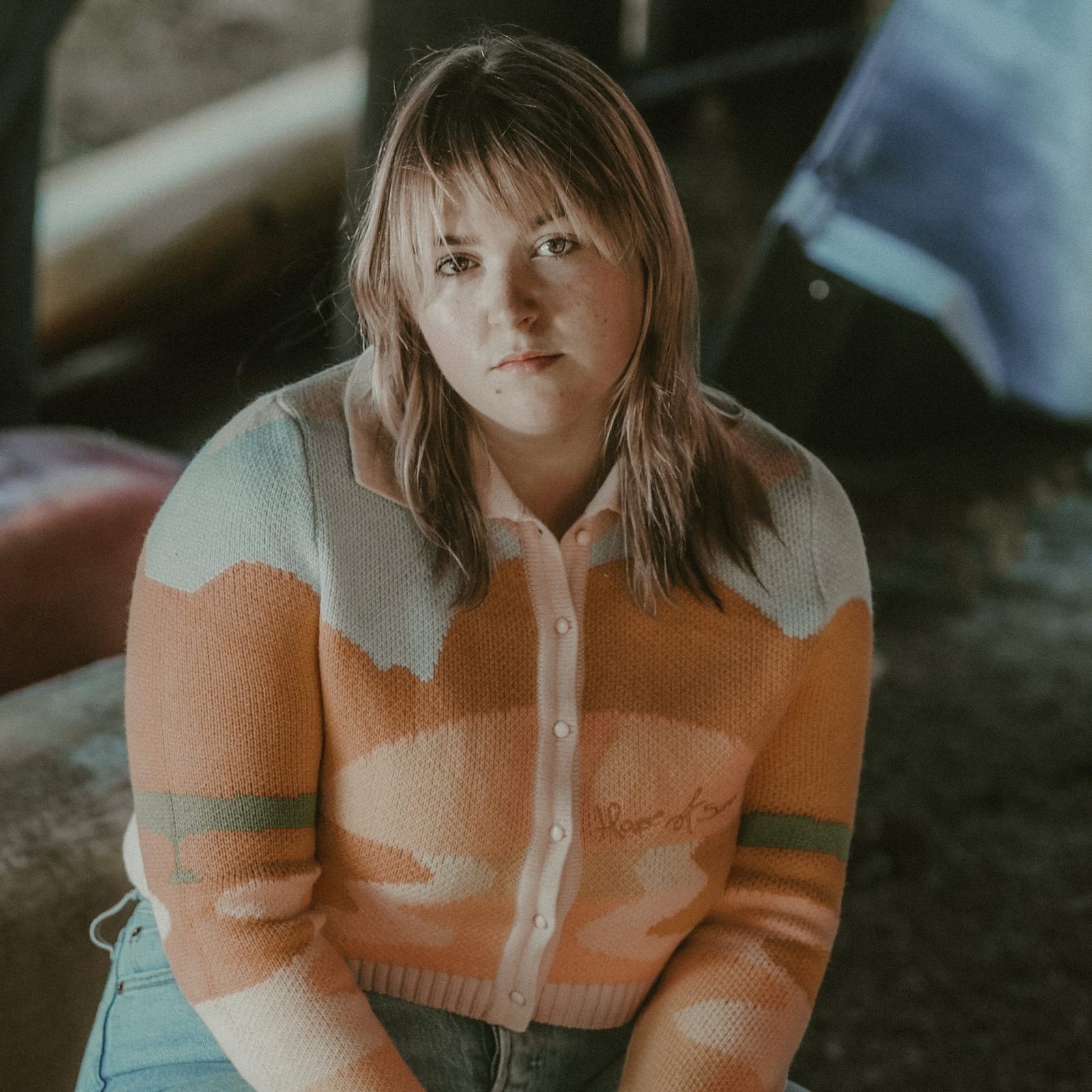 Indie-pop artist Ella Ross is another one of the talented South Jersey musicians on the rise out of Asbury Park. In 2016, she began taking lessons at the Lakehouse Music Academy, which isn’t far from where she grew up. It wasn’t long until Ross eventually began to write and release her own original music with Moto Records. Ross’ music is a versatile blend of rock and pop with influence from legends like David Bowie, Radiohead and The Strokes. Ross has mentioned in an interview before that she’s also really inspired by all the local female Asbury Park artists. Ella Ross currently has seven singles and a six song EP, “Is Anyone Listening?” on streaming platforms and Bandcamp. Photo via No Aloha Studio

Bottled Blonde is a three-piece indie-pop group led by the renowned singer, Mackenzie Brown. Previously, Brown was part of the New Jersey rock group, MACK. Originally from West Orange, Brown moved to Asbury Park in 2015 to work at Lakehouse Academy. Since their start in 2018, the trio has released three singles and a self-titled EP. Their synth-driven single titled, “Miami” is their most recent release (2020). If it’s any indication of their future sound, this band is here to stay. 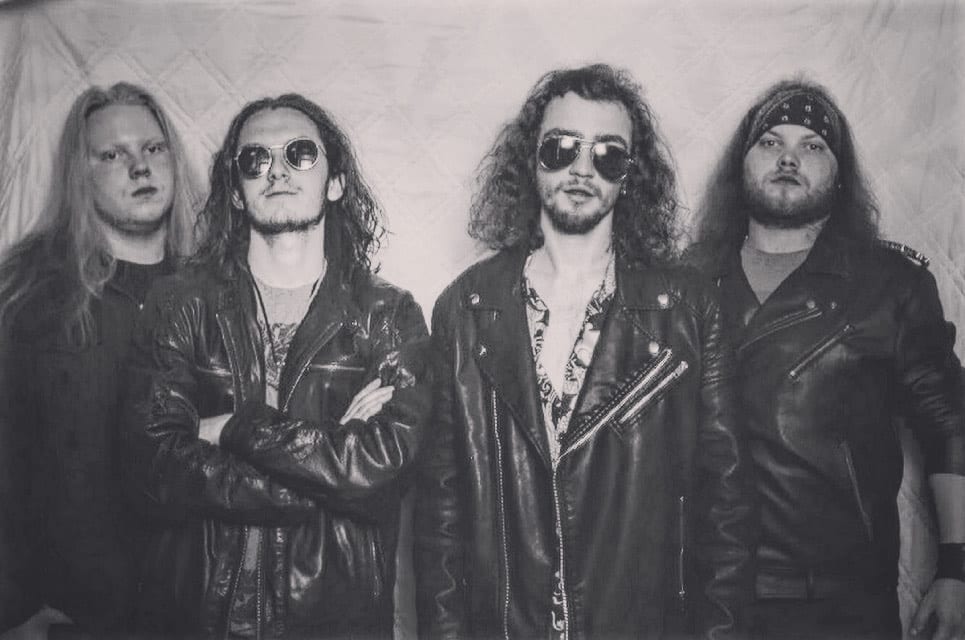 South Jersey-based rock group Zenora delivers a nostalgic 20th century sound that you haven’t heard in years. In their discography, consisting of three singles and two EPs, they have an old school, heavy-hitting rock sound that gives off powerful bursts of energy in every track. With obvious influences from Kiss, Guns n Roses, and Rush, Zenora brands themselves as “American-made Rock and Roll.” What makes Zenora actually authentic is the fact that they aren’t a bunch of washed-up wannabes. All members are between 20-23 years old and both guitarists are lefties, which doesn’t matter at all but is just peculiarly awesome. Denim Mob, who is described as “synth-driven 80’s-esque new wave funk,” is the indie-rock act of Jackson Zabransky. Zabranksy, originally from Oakland, New Jersey, recently graduated from Rowan where he studied the music industry. That’s where he began to create his own music and recorded his first and only EP, “If Not Now, When.” This project’s release was extremely untimely as it went out in April of 2020 while the world wasn’t paying attention to new music. However, its lead single, “Psylocin,” has had some playlisting success. With influence from Bruce Springsteen, The 1975 and Tame Impala, Denim Mob effectively adds his own flair to traditional alternative rock music. Abby Garcia is a brand new singer-songwriter at Monmouth University who has just one song out, but in three minutes and 28 seconds, demonstrates enormous potential. Early on in the pandemic, Garcia wrote her impressive debut single, “Silver Linings” about the small things that get her through the days. The song appeared on Blue Hawk Records’ compilation album, which is Monmouth’s student-run record label. In high school, she performed live covers, but now she’s ventured into the art of songwriting. Garcia expects to release more music soon but for now, you can hear her stunning vocals on her Instagram where she frequently covers well-known songs.

Resistance Band Workout for the Glutes