New Jersey has been home to plenty of scientists and inventors. We all know of Thomas Edison, a New Jersey local who is credited as being one of the best inventors of all time. But what about the Garden State’s lesser-known innovations? Well, there are plenty of those, too. Here are seven New Jersey inventions you may not know about.

In this summer heat, could you imagine life without air conditioning? Well, until May 15, 1928, that was a reality. Willis Carrier, an engineer, sold the first, smaller-scale air condition unit to the Newark-based Merchants Refrigerating Company for its egg storage room. Before this invention, air conditioners were so large that they could only fit inside of trains or large buildings. With this invention, businesses and homeowners could install air conditioning in individual rooms or areas without having to cause a large construction job.

The national sport had its official start right here in New Jersey. On June 19, 1846, the New York Baseball Club defeated the Knickerbockers 23-1 at the Elysian Fields in Hoboken. This baseball game featured “Cartwright rules,” named after the umpire Alexander Joy Cartwright. Now, baseball is played under different rules.

Unfortunately, Elysian Fields has since been demolished. Yet, Hoboken will forever remain the origin of the organized baseball game. This is one of the most fun of the lesser-known New Jersey inventions. Monopoly dates back to 1903 when antimonopolist Lizzie Magie created a board game to explain the single tax theory of Henry George. Variations of the game came after through the 1930s.

Then came the Parker Brothers. They bought the game’s rights and patent from a previous owner, Charles Darrow. On Nov. 15, 1935, the brothers started marketing the game–and that’s where New Jersey comes into play.

Did you know that the original version of Monopoly used the streets of Atlantic City? And some of those streets are still on the board we see today.

You probably know that Johnson & Johnson has its headquarters in New Brunswick. Luckily, one of the employees came up with the idea for Band-Aids in 1920. The story goes that Earle Dickinson, the employee, was a cotton buyer for the company. His wife, Josephine, was constantly hurting herself while cooking. For years, he would wrap her wounds with gauze.

One day, he came up with the ingenious idea: gauze and surgical tape with a piece of cotton on it. After he convinced his bosses to produce the product, they turned to the Boy Scouts who got it for free and used it for their wounds. It took off shortly thereafter, and thus, Band-Aids were born.

High shipping costs nearly doomed the Camden-based Joseph Campbell & Company in the 1890s. Now, over 130 years later, Campbell’s soup is an American staple–and that’s all thanks to a chemist named John T. Dorrance.

As nephew to its co-founder, he joined the company in 1897 and came up with a brilliant idea. Rather than selling the soup ready-to-eat, why not remove the water and add it right before cooking? This made the cans less expensive to package, store, and transport. And this all happened right in the Garden State. Kids and adults alike love to pop this Hawthorne invention. Interestingly enough, Bubble Wrap was originally marketed as wallpaper. In 1957, Alfred Fielding and Marc Chavannes took two shower curtains and sealed them together, which created a myriad of air bubbles. It failed as wallpaper, so they tried to market it as greenhouse insulation.

Finally, in 1960, Sealed Air Corporation branded the product “Bubble Wrap.” However, its actual use of protection wasn’t discovered until 1961. Their first customer was IBM, who used Bubble Wrap to protect the IBM 1404 computer as it was being shipped.

In 1993, Fielding and Chavannes were even inducted into the New Jersey Inventors Hall of Fame.

Garden State isn’t home to the first cell phone. However, arguably, more importantly, New Jersey received the first successful mobile phone call in history. It all started in April 1973 when Dr. Martin Cooper, who was the general manager of Motorola, drove into Manhattan and called Bell Labs, a research and scientific development laboratory, in NJ.

The phone used to complete the call weighed over two pounds and had horrible battery life. However, that phone would lead to revolutions in the mobile phone industry. Your current phone is pretty advanced, isn’t it? So, thank you, New Jersey.

Which of these New Jersey inventions was your favorite? Let us know in the comments below. 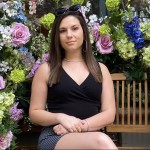 Left NJ years ago. How I miss Taylor ham, good bagels, good pizza, Cape May restaurants, the Jersey Shore, so much more.