Summertime is slowly emerging from winter’s cold grasp in Hoboken with the announcement of summer concerts in northern New Jersey. As often is the case with summer, finding activities to fill up time can be difficult –– but fear not, for a large number of exceptional bands and solo-artists, both old and new, will be performing throughout the season in Hudson County.  Among them are classic musical stars including Steve Miller Band, Peter Frampton, Rod Stewart, Cyndi Lauper, Chicago, Cheap Trick and U2, to name a few. Fans of more modern music can look forward to contemporary artists like Coldplay, John Mayer, Justin Bieber, Joey Bada$$, Third Eye Blind and Jimmy Eat World.

While New York City boasts of famous venues, northern New Jersey is a tough contender for concerts in the summer. The majority of shows will be performed at Metlife Stadium and the PNC Bank Arts Center in Holmdel, the latter of which holds about 17,500 people (7,000 seats and a lawn area that can hold about 10,500). What’s better than watching an outdoor concert on the cool grass with family and friends?

Alongside these concerts are more local music festivals that are often inexpensive (donations are welcome!) within Hudson county, like the Riverview Jazz Festival scheduled for a week between June 3 to June 10. Jazz will be playing all day throughout the week in Jersey City during this time, all for the public to enrich their hot, summer days with soulful, expressive melodies. The people of Hoboken can treat themselves to classic tunes of The Beatles from the New Brunswick cover band, Hey Bulldog on June 22 at 7 p.m. in Sinatra Park –– those looking for a more refined, classy night can opt for a free concert provided by the New Jersey Symphony Orchestra that will be playing music from John Williams’ moving score, “Lincoln” to the Magic Kingdom with tunes from, “Beauty and the Beast.” With an eclectic range of musical artists and performances, the upcoming summer music events in New Jersey is a treat for everyone to indulge in. Bring your significant other for a romantic evening in Maxwell Place Park whilst watching the New Jersey Symphony Orchestra, have a girl’s night out and dance to Lauper’s “Girls Just Want to Have Fun,” or be there to watch Joey Bada$$ perform his new studio album, “All-Amerikkkan Badass” at Hot 97 radio station’s annual “Summer Jam” music festival.

While the above mentioned performances require little to no money, tickets will be selling out fast for the concerts of the popular venues like PNC and Metlife –– it’s advised to purchase tickets as soon as possible for the best seats and offers. Below is a list of this summer’s most anticipated music events in NJ. 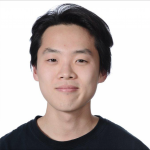 Stylish Planters For Your Home