When the compelling ballads of South Amboy’s Jackie June first swept across my desk (or, for the sake of modernity, laptop) my first impression was that of self-empowerment and overcoming one’s fears. So naturally, when the pandemic hit, the alternative pop songstress did what any determined artist has done to survive the ravages of 2020. Jackie June released two singles in 2020; “On the Move” and “Can’t Quit You.” While the effects of 2020 are likely to keep rocking 2021, for June, the year is off to a good start. As I type this, she’s only days away from dropping her first single of the New Year, “Afterglow.”

According to June, “Afterglow” is different lyrically than her previous releases. Produced by Rob Freeman of Audio Pilot Studio and co-written by Jimmy Meier of “The Dives,” June’s new single has a darker, lyrical tone blending with an exquisite, infectious pop sound. The song is complete with her familiar message of hope and transcendence that she’s become synonymous with.

I don’t particularly like to compare artists to one another. I feel that in doing so, one unintentionally discredits all the blood, sweat, and tears that creators put into their work. But—for the sake of familiarity—it is a necessary evil. This brings me to this: Before there was Taylor Swift, there were the country-pop rock sounds of Michelle Branch. Jackie June brings me back to traversing dusty, Southern California roads that led to my childhood home, with “All You Wanted” playing on my walkman and daydreaming of living a life far away. Particularly “Chasing Nightmares,” which feels like a warm blanket for the soul when you’re living in a haunted house, surrounded by your personal demons.


“Find the courage to speak your truth” is the mantra June strives to live by. Although she hasn’t always found this to be easy, having suppressed her passion for music for most of her life.

“Speaking my truth and being my most authentic self has been challenging. I’ve fought my whole life, [but] I always knew music was in me. I always knew I was meant to write, sing, to play music.”

June continued, “[In the past] I never had the confidence to pursue any of it. I always believed I had to be the best at singing, and [be] the prettiest, thinnest girl in the room. It’s all I saw on TV. I never saw artists that looked imperfect or real. I spent so much time worrying about perfection that I wasted my energy focusing on things that were less important to me. [Then] about three to four years ago, I had some pretty life-changing experiences that led me to reevaluate my life and what would truly make me happy. That’s when I started singing again.”

Sometimes talent alone isn’t enough. One must work, stamp their time-card and show they’ve put in the effort in order to reap the reward. Which is exactly what June has done, “I started with a vocal coach, Jes Hudak,” June continues,“[Hudak] ended up being the first person to truly believe I had real potential. She really pushed me to start songwriting and explore the artist in me. We ended up writing my first EP together, “Wildflower,” and my single from last summer, “Can’t Quit You.” She’s a truly incredible mentor, friend, singer, and songwriter. I owe her so much.” 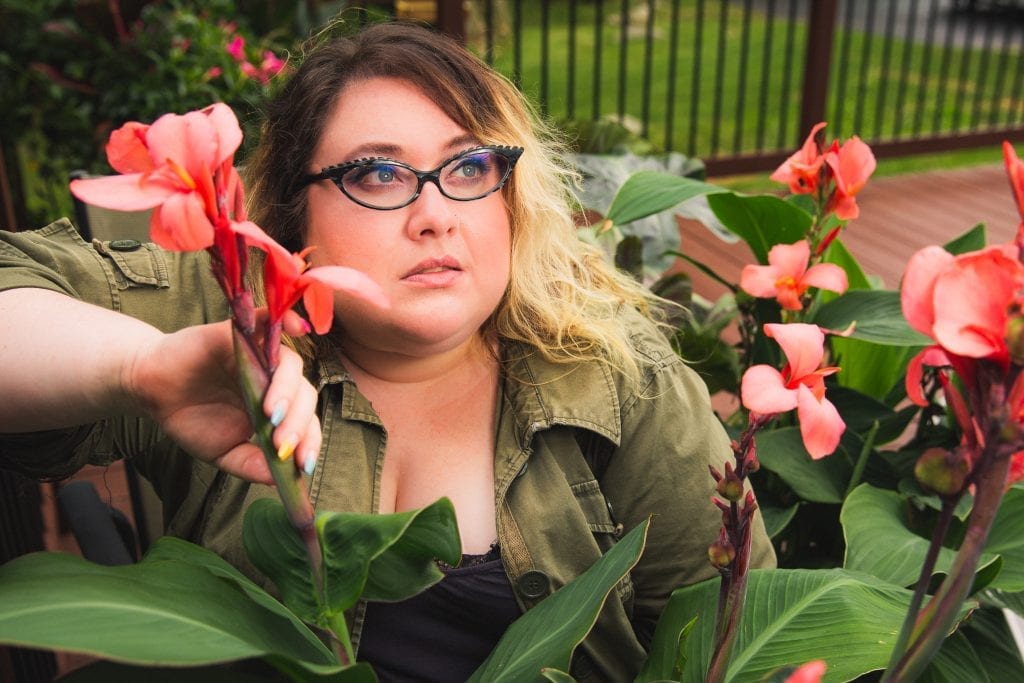 With “Wildflower,” June explored her inhibitions and in doing so, gave listeners the satisfaction of what it takes to find yourself and embrace your individuality. There’s power in marching to the beat of your own drum. For me though, it isn’t just June’s memorable, influential lyrics and obvious talent for both music and planting seeds of hope meant to uplift and inspire—but the fact that June believes what she is saying. A rare gift for artists of all mediums. After her debut, “Wildflower,” she opened for 1980s pop sensation, Tiffany, and went on tour along the East Coast. Then along came 2020 with a pandemic in tow, putting the world on hold.

Out of the ashes of COVID-19 and quarantine, June wrote what was destined to be her first release of 2021, “Afterglow”—and what I vote should be the anthem of 2020. Why? It covers everything that the majority of us felt as the epic year rolled out one hurdle after the other: Dread, depression, anxiety, stress, boredom, alcohol (don’t judge, what else were we supposed to do in lockdown?) and, of course, hope.

A Light Comes Through in the Form of “Afterglow”

According to June: “Afterglow” is about how, while we all went a little bananas during 2020, there’s still, and always will be, a light at the end of the tunnel. Like most during quarantine, I couldn’t help but feel like I was going crazy. I lost my day-job, [and] a bunch of shows—including a tour—were canceled and I was in a rough place emotionally. I found myself sitting alone in my house, staring at pictures on the walls, banging piano keys that I just couldn’t seem to get right, and not [feeling] really motivated to do anything, let alone write new music. While these feelings were painful and even uncomfortable at the time, they are what inspired me to write again when I didn’t think I had it in me.”

And sure, “Afterglow” might be about quarantine and COVID-19 induced anxiety; but what makes it genius is that it could simultaneously be about anything. It’s also incredibly catchy and clever, especially with lines like: “I dance with Marylin, Norma’s cutting in,” (Hint: you have to know your cinema history to not only catch this but understand it and I love that June doesn’t spoon feed it to you. Hence its brilliance.) Light Comes through in 2021…Photo By Chris Fulcher

I have a lot of respect for Jackie June—or anyone, really, with the gull to say “I’m doing me. Take it or leave it, but I’m doing it either way.” It takes guts to go after what you want, to follow your dreams in the face of adversity. Let alone make them happen. It can be hair-tearing, ugly-crying hard, balanced with periods of complete, utter bliss when you realize you’ve done what you—and others—might have thought impossible. This is why so many people don’t bother, preferring the easy road of swallowing their passions in the form of vice, letting their dreams recede into the background. Jackie June is only one example of how it’s never too late.

“I still struggle with confidence, body image, and other insecurities,” June confesses. “But I work hard every day to push through them and be the best person—artist—that I feel I was meant to be.”

And there it is, that glorious work ethic. That eagerness to push ahead, the endless drive needed to make it all happen. I’m cheering for you, Miss June.

Mercury Direct February 2021: Here’s What You Need To Know