New Jersey is filled with its fair share of galleries, museums and performance centers. However, certain areas have experienced a creative boom. If you’ve ever spent time in these burgeoning art communities, you’ll know why NJ has become a hub for up-and-coming creators. Jersey City is now a mecca for muralists. More than 400 sculptures stand tall in Hamilton. In these seven New Jersey towns, art permeates nearly all aspects of local life. So if you’re trying to get your creative juices flowing, here’s where to find inspiration.

There was a time when Jersey City paled in comparison to areas such as Wynwood, or even its neighbor across the river, NYC. This town has made a name for itself with an ever-evolving art scene ranging from murals to performance venues and cultural centers. In fact, it was announced this past summer that France’s most prominent art institution chose Jersey City as its first-ever North American outpost. The Centre Pompidou x Jersey City museum will open in early 2024 in Journal Square. 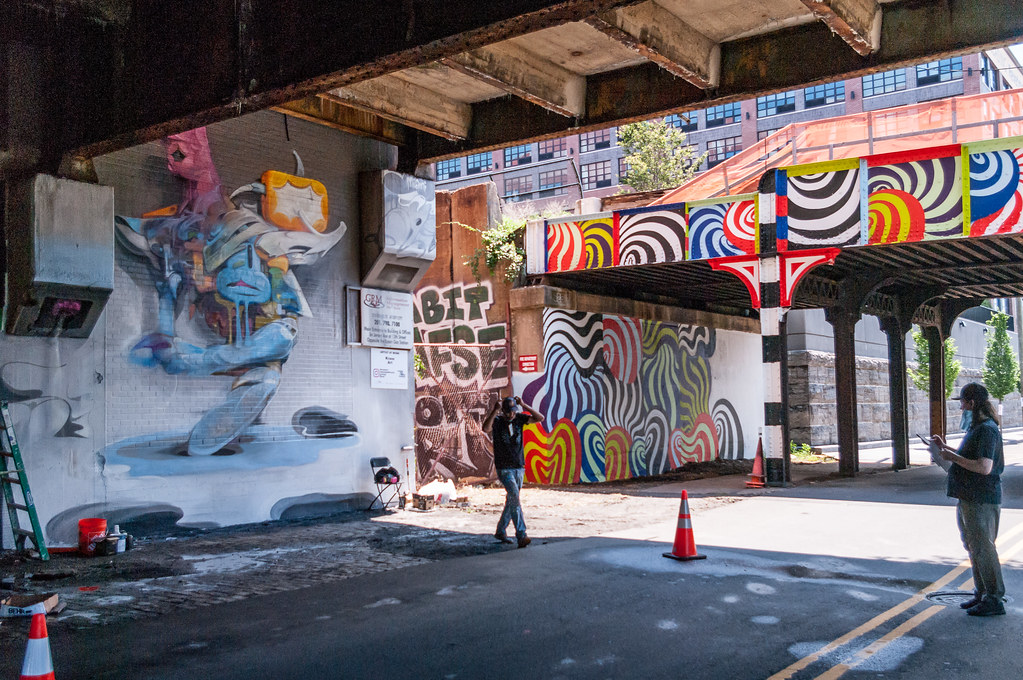 If you want to get a taste of what Jersey City is all about, there are opportunities for local artists to exhibit works in the area’s most popular neighborhoods. There’s the annual citywide Art & Studio Tour hosted by JCAST. This past June, JCMAP held its first-ever mural festival featuring works by Mr. Mustart, DISTORT and many more. Mana Contemporary is the city’s must-visit for contemporary visual and performing arts, along with Deep Space Gallery and music venue, White Eagle Hall.

Asbury Park has played a huge role in music history. It’s the “adopted hometown” of New Jersey legend Bruce Springsteen. It’s also where some of the best-known venues are located including The Stone Pony and the former Asbury Park Convention Hall and Paramount Theater. In addition to an exhilarating music scene, there’s been a revival in the town’s visual art community. 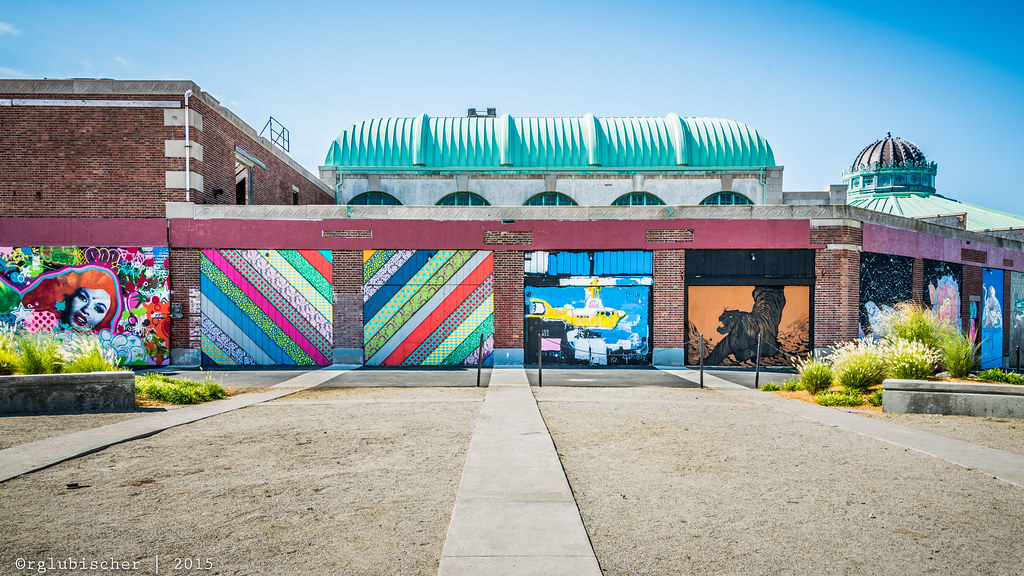 For starters, take a walk down any block and you’re bound to run into a mural or outdoor exhibit. Although street art is nothing new for Asbury, initiatives like the Wooden Walls Project have helped to reinvigorate the local art scene with works from national and international artists. Outside of these streetscapes visitors can drop by one of the town’s art galleries. There’s Parlor, owned by Jenn Hampton who also founded WWP. Art629 and Exhibit No. 9 are also worth checking out.

What do you find when you venture just a few miles outside of our state capital? A town that’s been described as “one, giant interactive art gallery.” For the unfamiliar, we’re referring to Hamilton, New Jersey and its 42-acre attraction, Grounds for Sculpture. This crown jewel rivals even the biggest cities—and there’s nothing else quite like it in NJ. Before you even reach the gates, super-sized public art installations serve as a roadmap throughout town by lining the streets all the way there. 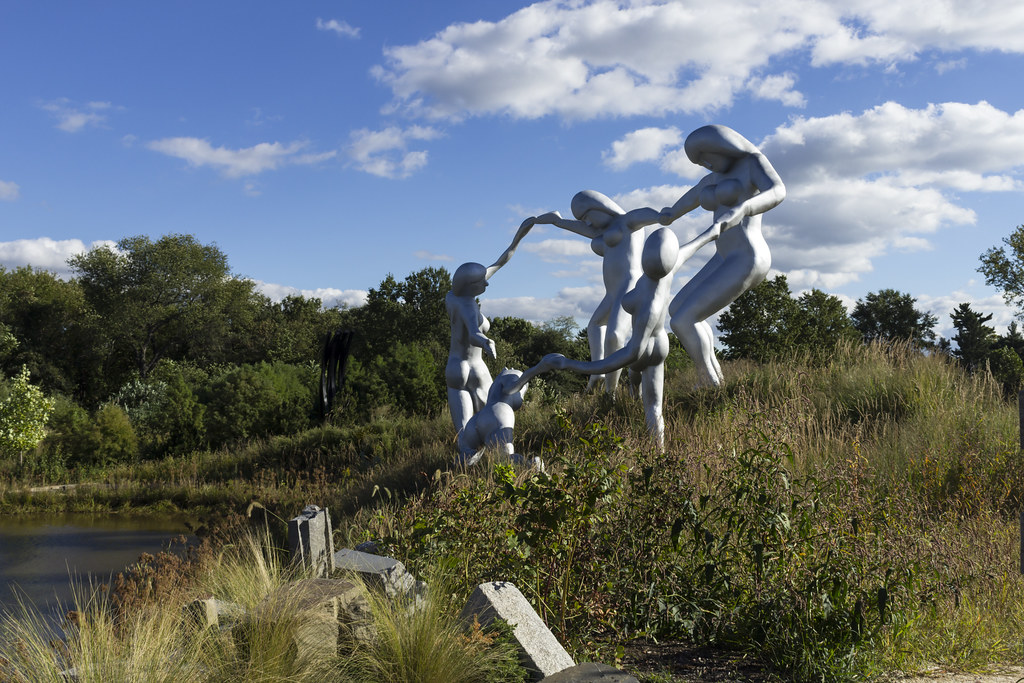 A visit to the outdoor art park guarantees encounters with approximately 400 contemporary sculptures. Think life-sized (and even larger-than-life) statues, interactive exhibits and more. The on-site restaurant, Rat’s, is an experience in and of itself. The name takes inspiration from a character in “The Wind in the Willows” and feels as if you’ve stepped into a Claude Monet painting.  The storybook vibes apply to both the interior and exterior—check out our visit here.

New Jersey Performing Arts Center (NJPAC) has been an anchor in Downtown Newark. Since its inception, it’s revitalized the local economy and arts and culture scene. To date, it’s one of the biggest, most diverse centers we have in the country. While this may be the area’s main draw, there’s a lot to see and do on a smaller scale. 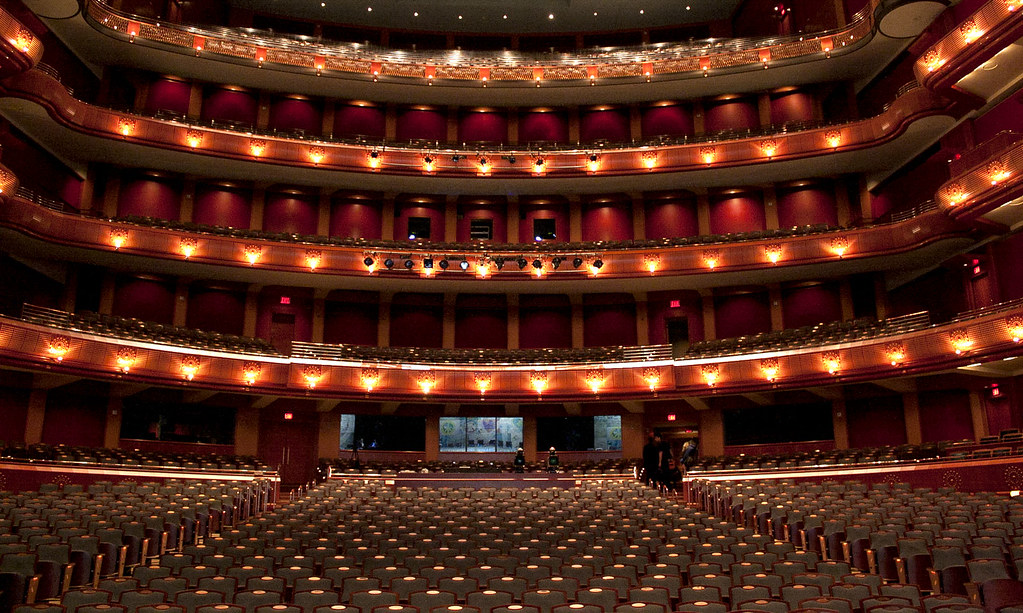 Newark is unique in that it promotes visual, theatrical, written and spoken word arts. Pre-covid it hosted North America’s largest poetry event, the Geraldine R. Dodge Poetry Festival. Newark Arts is leading the charge of the city’s annual Newark Arts Festival. More recently, they’ve also completed the first phase of the Four Corners Public Arts project which brought 14 eye-catching social justice murals to the downtown. If you want to do your art-viewing indoors, the Newark Museum is the largest in the state.

Montclair has a long-standing relationship with the arts. From the annual Montclair Film Festival and iconic Wellmont Theater to the Montclair Art Museum (MAM), it’s no wonder the town draws an abundance of residents and visitors. In fact, it was even recently announced that Montclair will be getting its own outdoor sculpture park, courtesy of local artist and resident, Charlie Spademan. 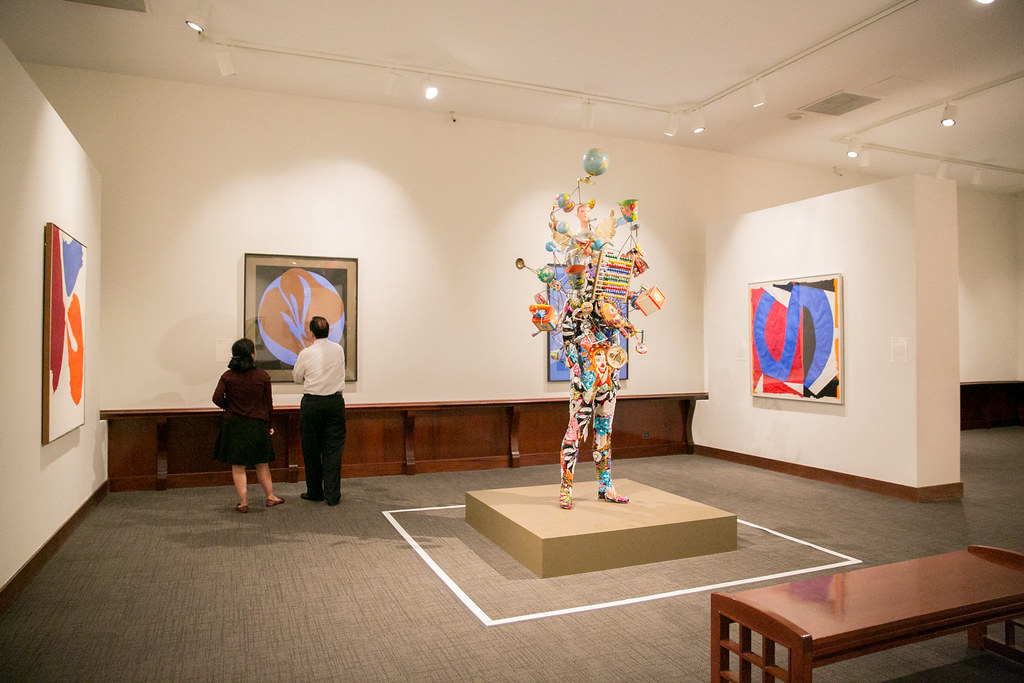 If you’ve already done the MAM, there are smaller galleries definitely worth your time. We recommend 4 Flavors Art Gallery or Studio Montclair. In terms of music, the Montclair Jazz Festival is a can’t-miss. The annual event provides over 35 hours of live jazz and runs from July through September. Fan of architecture? Then a trip to Van Vleck House & Gardens is a must. This historic, Mediterranean Revival mansion is surrounded by 12 acres of diverse gardens.


While Summit might be off your radar, and with other New Jersey art towns garnering more attention, think of it as an oasis for creativity. If you’re into visual art, that’s what this area is best known for. Summit Public Art is a volunteer-based initiative that for the past two decades, has brought works from acclaimed artists to public spaces around town. Among their current installations include an assortment of contemporary murals, stained glass pieces, statues and more. 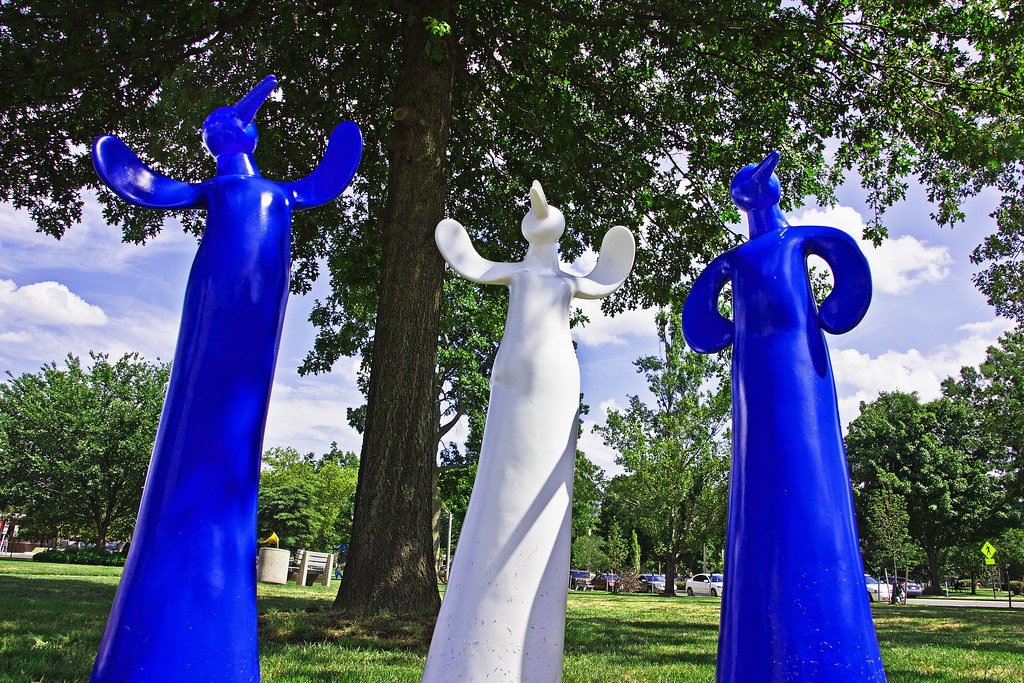 For nearly a century, Summit has also housed The Visual Arts Center of New Jersey. In addition to a contemporary art museum, it boasts visual learning programs for adults, teens and children. For those into performance art, The Summit Playhouse remains one of the oldest continuously operating amateur community theaters in the country.

There’s an undeniable charm to Princeton. Perhaps it’s the past-meets-present energy. Although, it likely has something to do with the Ivy League university’s gorgeous grounds. Merging art and academia is the Princeton University Art Museum. The main building is closed for renovation. It will reopen in 2024. In the meantime, art enthusiasts can visit Art@bainbridge on Nassau Street, a gallery project of the university. 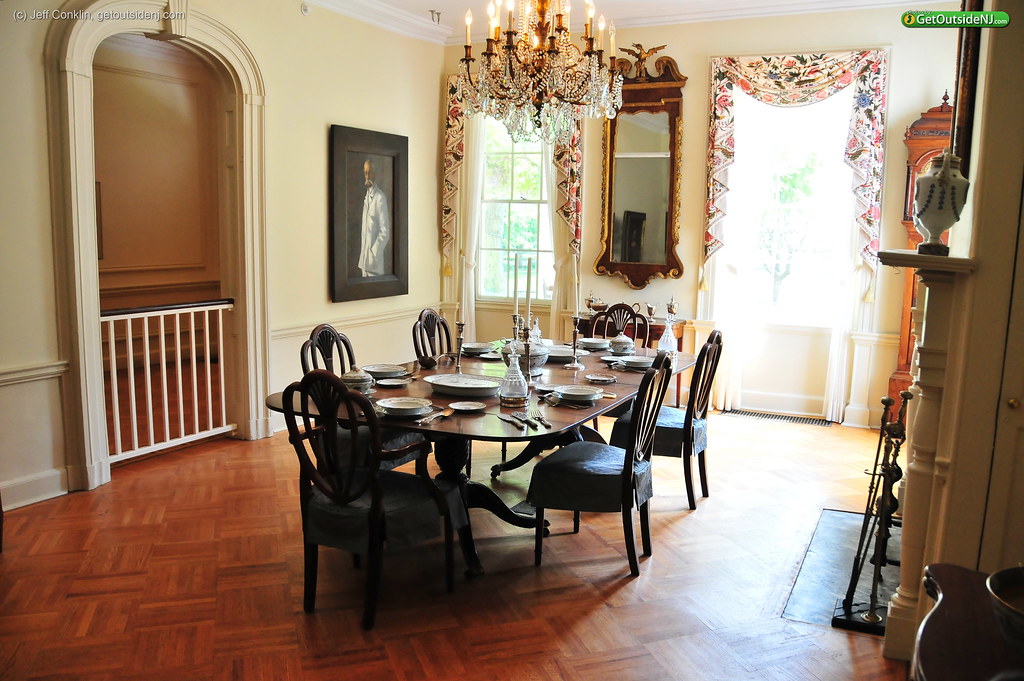 If you want to venture off-campus, there’s always Morven Museum & Garden. This historic landmark and former home of Richard Stockton​​ boasts gardens for visitors to walk through. A tour here features the opportunity to explore the preserved home while also viewing American art exhibits. To catch a musical or dance production, head to McCarter Theatre Center.

Which of these New Jersey towns have you been to for its art scene? Let us know in the comments.

Main image of Grounds For Sculpture by Anne and Saturnino Miranda

Fun + Useful iPhone Accessories to Get the Most of Your Device