New Jersey is rich in food history, no question. Pizza, bagels and Chinese American take-out are some of the longest-served fare in the state. An intense food history has lead to countless debates among Jersey residents:

Is it Taylor Ham or Pork Roll?

Is it a sub or a hoagie?

What is abundantly clear is that it would not be a Jersey food staple without some debate. Three North Jersey hot dog joints have been dishing out fried wieners for a combined 245 years, and each of the three has its die-hard customers.

The name “Texas Wiener” actually originates in New Jersey. In the 1920s, a Paterson man ran a hot dog stand and coined the name to describe his chili-sauce-smothered dogs. Over the last century, New Jersey has been the destination for America’s best frankfurters. This is a story of three deep-fried hot dogs— no matter what you call them.

The Hot Grill in Clifton, NJ, opened its doors on Friday The 13th, 1961. This makes it the youngest in the arena, but still, for 61 years, Hot Grill has been dishing out fried Texas wieners to their devout customers.

What puts Hot Grill on the map is their house-made chili sauce. The rich, mahogany-colored beef chili is ladled atop hundreds of hot dogs each day. It is kind of an obscure sauce, to be honest. Slightly thinner than your average chili, making it too loose to eat with a spoon, but perfect as a condiment. The go-to order at Hot Grill is a dog “all the way,” which provides you with a deep-fried pork and beef frankfurter, topped with mustard, chopped raw onions and the famous chili sauce— no additional charge. Hot Dog “All the Way” | Photo by @drinklocalbrews

Thin, fast-food style burgers (in the best way), fries smothered in cheese and brown gravy and hot roast beef sandwiches are some of the other beloved items on the menu.

For too long, I was a Hot Grill hater. I pledged loyalty to another Clifton spot and never looked back. However, since opening my eyes, I have found a love for The Hot Grill; it brings something unique to the table with their top secret chili sauce and an atmosphere akin to a portal into 1960s America. The wooden booths, the painted caricatures of their hot dog mascot on the walls, it all works together to make Hot Grill a special place.

The Hot Grill in Clifton is in their sixth decade of patronage and the original owners remain active with the business. It is exemplary of a working class lunch spot; studded with fair prices and consistency.

Not to mention their legendary commercials, which appeared on North Jersey TV’s for years.

Long live Anthony Bourdain— who was such a big fan of Hiram’s in Fort Lee that he included it in his New Jersey episode of Parts Unknown on CNN.

“I come here to feed my soul from the cultural wellspring that is New Jersey. It’s the antidote to every other place,” Bourdain said about Hiram’s Roadstand.

Since 1932, Hiram’s has been serving fried dogs, crushable burgers and cold, inexpensive beers. It is sort of a perfect establishment— a relic of a time long lost (which seems to be a common theme among this type of fare). The roadside gem has an insanely simple menu: fried Thuman’s beef and pork dogs, burgers, grilled cheese and onion rings are some of the options to be had. Hot Dog with Chili from Hiram’s Roadtstand | Photo by @twenty50bywindsor

Bright green relish, spicy brown mustard, raw or cooked onions and sauerkraut make up the list of ways to top your dog or burger. Of course, chili and cheese can be added to either as well. There isn’t one particular way to chow down on a Hiram’s hot dog, and that is what makes it so beautiful.

There are a few tables squished into the tiny interior of Hiram’s Roadstand, but as the name suggests, it is just that: a roadstand. Instead, if the weather permits it, most guests choose to take their cardboard boxes of hot dogs and burgers outside to the wooden picnic tables. To me, that’s just how Hiram’s should be eaten.

Hiram’s Roadstand refuses to change. For the 90 years that Hiram’s has been in business, Fort Lee has developed into a busy city rich with Korean food, tall buildings, lush parks and views of the George Washington Bridge, but Hiram’s sits comfortably in the past. Bourdain put it best when praising Hiram’s: “There’s not a lot of people in this world courageous enough to not change,” he proudly stated. As usual, he was right.

Rutt’s Hut is a place I hold near and dear to my heart. For the 24 (and a half) years I have been on this planet, I have been eating Rutt’s dogs— colloquially known as Rippers— for as long as I can remember. My grandparents took my parents here when they were kids and, like clockwork, it was passed down to me.

This cash-only joint is famous for their rippers, a mysteriously good relish, burgers dipped in brown gravy, onion rings and even roast duck. The menu is so large that I have probably only had less than fifteen percent of it. That’s okay, because you’re here to read about the hot dogs. First things first, never ask for a chili dog. They simply won’t do it. You can order a dog and a cup of chili separately to combine yourself, but ordering them as one is taboo. I’m not sure why, but I suspect it has to do with chili dogs being a Hot Grill thing. The Clifton rivalry is strong.

A ripper with relish or mustard is a thing of magic. It was even named the best hot dog in America. Like Hiram’s, Thuman’s beef and pork frankfurters are fried in oil. However, unlike the former, they are fried until the casing cracks— hence the nickname. At one time, the dogs were fried in beef tallow, but has since switched over to standard fryer oil. There are a few ways to order a hot dog at Rutt’s, so it is important to familiarize yourself with the lingo before making the trip.

The relish is as famous as the rippers. A German style cabbage condiment is flavored with mustard, pickling salt, among other things. There are copy-cat recipes you can find online, but nothing compares to spooning it out of the metal vats that sit atop the counter directly onto a piping hot ripper or weller. Rutt’s has three places to dine: A dimly lit dining room complete with decor from at least 5 decades ago. A legendary bar with taps pouring cold Miller High Life and Beck’s into frosty mugs. And finally, the most iconic of them all, the standing counter room; where people gather on their lunch breaks or with their families to hear the yells of the kitchen and quickly scarf down a ripper or two.

Gone, but Not Forgotten

Hot dogs are historically entrenched in New Jersey food culture. It is a niche that has had many different purveyors over the years. In addition to the three mentioned, there are legendary hot dog joints that have since closed their doors that are worth noting.

Libby’s Lunch opened in Paterson in 1936 by a former hot dog street vendor. Libby’s was one of the first free standing spots to score a Texas wiener in Paterson and it spawned many copy cats throughout the decades. At its simplest, it was a comforting setting for locals to enjoy a remarkably consistent product. Sadly, Libby’s closed in 2020— shutting the doors after 84 years of business.

Falls View Grill had several locations over the years, but was originally operated out of Paterson. Opened in 1949 by a former Libby’s Lunch employee, Falls View Grill spread the legend of the Paterson hot dog far and wide. Texas wieners were a must here— along with gravy fries, burgers, Greek specialties and milkshakes. Today, zero locations remain in operation, but Falls View has permanently etched its spot in NJ history books. 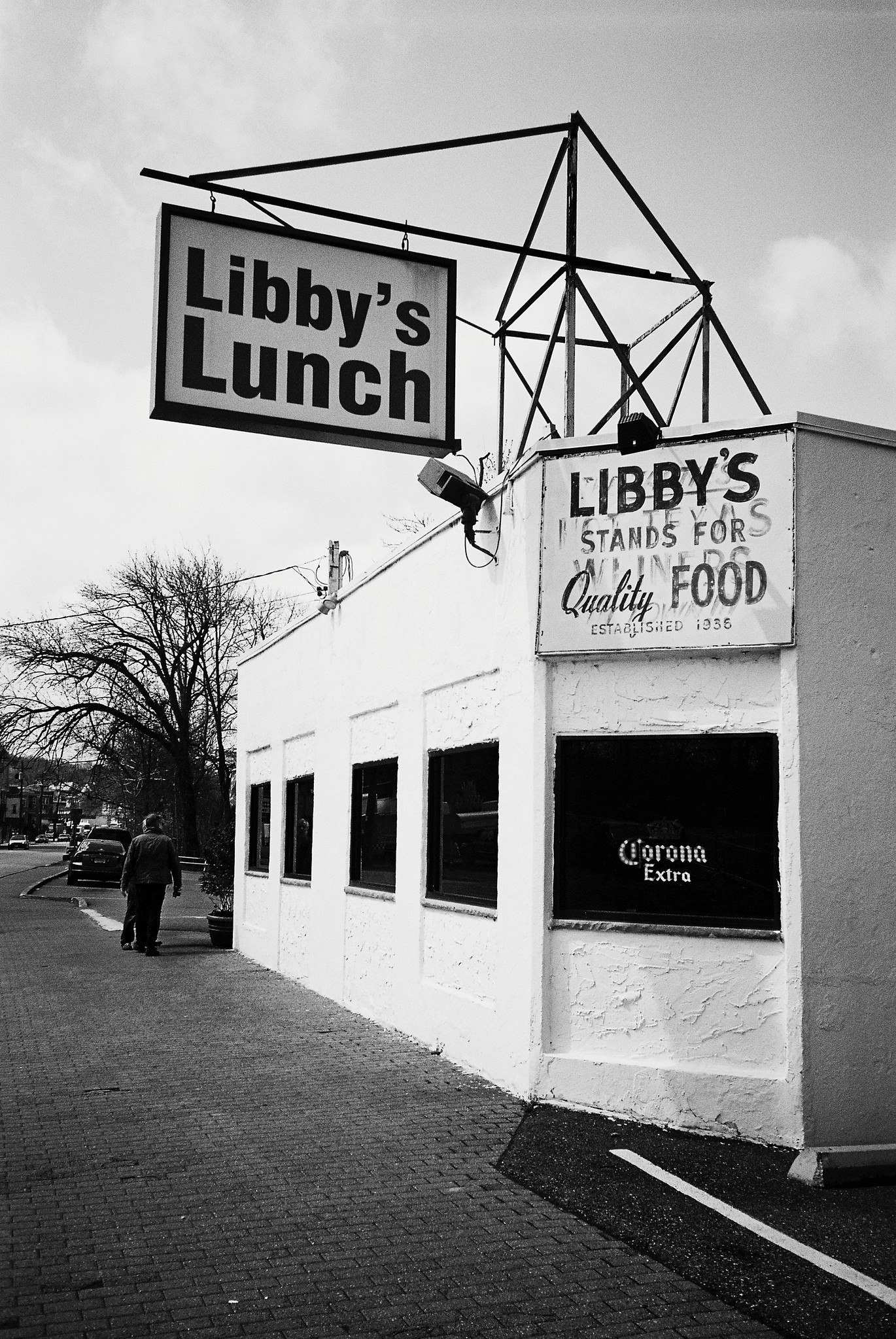 Which of these three institutions is your favorite?  Did we miss your go-to spot? Let us know in the comments!

Everything You Need to Know About Uranus Retrograde 2022

One of the best hot dogs I ever had was from the grill/bar just as you came up the stairs from the PATH at the Hoboken train station. Maybe it was because it was later in the evening and I was partying in the City but before boarding the late train to Ridgewood, I would get one of those hot dogs and scarfed it down!

Peter, you mentioned you are 24 1/2 years on this planet – I’ll add that I have been here for 58 years and have the best memories eating “dogs all the way” at both Rutts Hut and Falls View with my Dad after a Saturday morning of hard work ( which happened quite often !). My kids have experienced the Rippers with their Grandpa – Jersey hands down has the best hotdogs on the planet.

The ones you picked are legendary, but so is one you left out: Jimmy Buff’s.

Russ Ayers Hit Dogs on Rte 206 in Bordentown. Russ started with a hot dog cart on Broad Street, then bought the property on 206 for his permanent place. Steamec hot dogs on warm buns. Sauerkraut, mustard, relish, onions. Mmmm. He put Yoo Hoo bottles in a hot tub of water during winter. A trucker ‘s mecca.

spot on with the hot grill. cant beat the chilly sauce and fear of fking up how you phrase your order

How about Clixes, the goffle grill and
Johnny and Hanges?

Boulevard Drinks in Jersey City across from the PATH station. Not to be overlooked.

Had Rutts Hut for the first time last month. I was not impressed! Could be that prefer all beef hot the place also looks as if it hasn’t been cleaned since it opened. Just saying

Can you sound any more snobbish?? Lower your nose a little and you might just understand

I frequented Rutts Hut for lunch an on weekends chose Falls View. They were unforgetable and enjoyable. In San Diego there is no one even close to those in NJ.

Three Acres, along the river in Lynhurst, had the equivalent of Rutts hot dog. Also had great mussels.

Does anybody remember 3 Vets on the 23 or 46 circle? My dad would take us there on a Sunday as a treat. I’m now approaching 82 so it was a while ago. I also remember Rutts Hut when it was just a stand up counter.

Try the Texas Weiners at McCobb’s on Hamburg Turnpike in Wayne, best I’ve ever had!! I live in Clifton & choose to go there over both Rutt’s & Hot Grill.

Your article should have been titled Best Hot Dog places in NORTH Jersey. South Jersey left out again!

I live in Arizona, after growing up in New Jersey, I still long for B&W Bakery, Hiram’s and Lido’s . I always visit all 3 when I return for a visit.